Biblical Israel: The cultural and religious aspects of Israel relate to Jews, Muslims and Christians alike, and hence it is rightfully named ‘The Holy Land’. The country has always been a tourist and pilgrim destination. Numerous places of biblical and historical significance are scattered throughout the country.

Landscape: Israel's landscape and climate are diverse, and its dense population coexists with a wealth of plants and wildlife, as well as many natural attractions. Although small in size, Israel encompasses the varied topographical features of an entire continent, ranging from forested highlands and fertile green valleys to mountainous deserts, stretching from the coastal plain to the Jordan Valley and the Dead Sea, the lowest point on earth. There are snow-capped mountains in the north alongside dry wildernesses in the south, and desolate areas alongside modern lively cities.

Israel Today: The State of Israel has some eight million inhabitants. The most prominent characteristic of Israel’s population is its high diversity. Israel’s ethnic and religious mosaic is rich and fascinating, and it has numerous cultural institutions and entertainment centers.

Israel is also known for its highly developed science and technology. The percentage of Israelis engaged in scientific and technological inquiry, and the amount spent on research and development (R&D) in relation to gross domestic product (GDP), is amongst the highest in the world.  Israeli scientists have contributed to the advancement of agriculture, computer sciences, electronics, genetics, medicine, optics, solar energy and various fields of engineering. 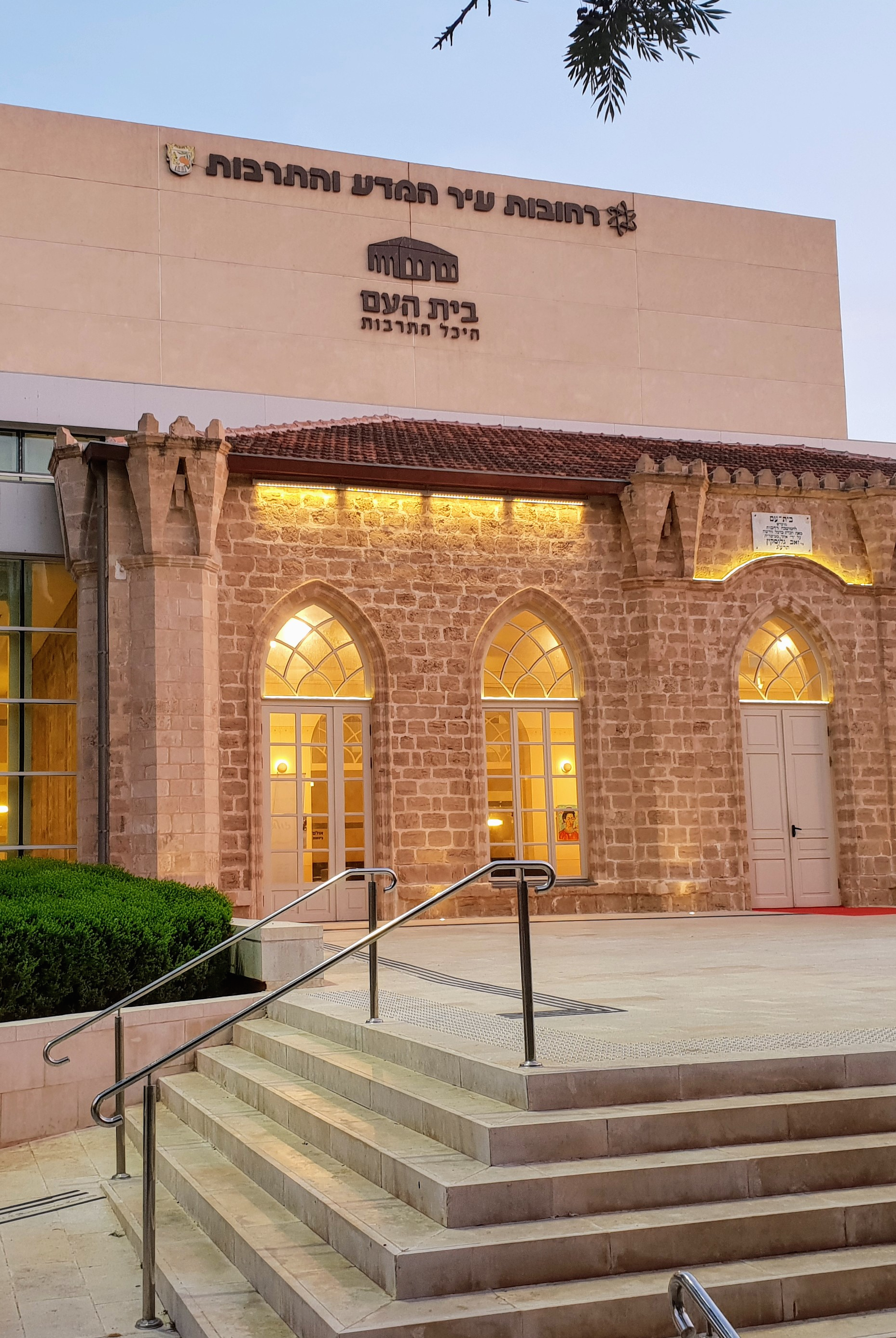 Rehovot – The City of Science and Culture

Rehovot, founded about 130 years ago as one of the first agricultural communities in the soon to be State of Israel, is today a small city with a population of 140,000 people. It is conveniently located in the center of the country, about 20 km/ 12.5 miles from Tel Aviv, 50 km/ 31 miles from Jerusalem and 15 km/ 9 miles from the Ben Gurion International Airport, with affordable frequent public transportation connecting Rehovot with each of these locations.

Rehovot is known as the City of Science and Culture. The two major institutions of higher education and research in Rehovot, the Faculty of Agriculture of the Hebrew University and the Weizmann Institute of Science, clearly set a tone of serious academics in the city. Rehovot also boasts the flourishing Yitzhak Rabin Science-Industrial Park, home to leading Israeli and international high-tech and biotech industries and many start-up companies.

Herzl Street, Rehovot's main road, is full of shops and restaurants. In the city center one can find a shopping mall and the local market. Many restaurants and cafés can also be found at the Science-Industrial Park. Both the city center and the Science-Industrial Park are located within a five to fifteen-minute walk from the proposed conference venue.

The Hebrew University of Jerusalem 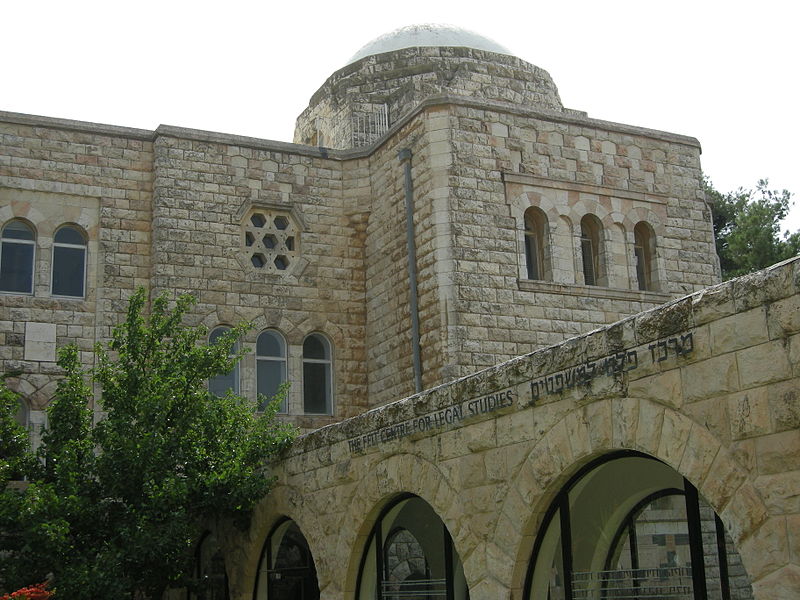 The Hebrew University of Jerusalem was established in 1925 atop Mount Scopus, Jerusalem. Today there are 23,500 students enrolled at the University, pursuing bachelors, masters and doctoral degrees. The university has been ranked the 95th best university worldwide in the 2018 Academic Ranking of World Universities.

The Hebrew University of Jerusalem is comprised of four campuses: Mount Scopus, Edmond J. Safra, and Ein Kerem (all three in Jerusalem), and The Robert H. Smith Faculty of Agriculture Food and Environment (in Rehovot).

The Robert H. Smith Faculty of Agriculture, Food and Environment 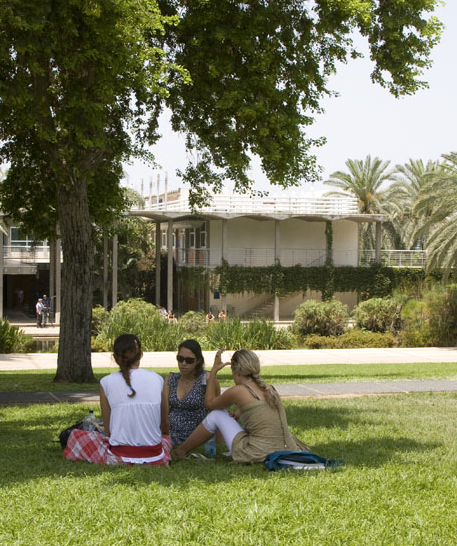 The Faculty of Agriculture, established in 1942, has educated generations of students specializing in plant or animal sciences as well as in agricultural economy and rural development. More recently, the Faculty has also become a leading academic authority in Israel for human food and nutrition as well as for environmental sciences.

The Robert H. Smith Faculty of Agriculture, Food and Environment was named for the late Robert Hilton Smith (1928-2009), a great friend and benefactor. It is the only institute in Israel offering academic programs leading to B.Sc., M.Sc. and Ph.D. degrees in Agriculture, B.Sc. and M.Sc. degrees in Nutrition, and a Doctor of Veterinary Medicine degree. There are currently 2,300 students enrolled in the Faculty of Agriculture. The Robert H. Smith Faculty of Agriculture, Food and Environment together with the governmental Agricultural Research Organization (Volcani Center) played a major role in the remarkable achievements of the Israeli agriculture. Agricultural R&D in Israel made the desert bloom, improved yields and quality of numerous fruits, vegetables, grain crops, flowers and cotton, led to the most efficient use of water in agriculture, produced ground-breaking innovations in irrigation techniques, and much more.

The Robert H. Smith Faculty of Agriculture, Food and Environment will host the 2021 ICGI Conference on its tranquil campus in the city of Rehovot. The natural beauty of the Rehovot campus, with its charming gardens, provides a warm and welcoming atmosphere for international visitors. Around the clock security ensures a protected and peaceful conference venue. The campus is centrally located and accessible to many attractions in Rehovot and around Israel.

For a virtual campus tour in street view, click here.